From the moment we are born, from toddler to teen, middle age to elderly, time stops for no man. The children will be finding out what happens to our bodies and brains as we grow older, and how we cope with these changes.

They will find the answers to different questions -  how long it takes a baby to grow inside the womb? Does it take longer than an elephant calf? Or a kitten?

The children will take a good look at themselves - have their faces changed since they were a baby? How will it change as they grow older? Can they photograph it? Change it? Age it?

The children will be writing stories and non-fiction texts based on 'The Invention of Hugo Cabret' by Brian Selznick.

It's time to suspend your disbelief and open your mind. We're going on a magical journey to Alchemy Island!

Can you find the gold hidden deep in the island's mysterious landscape? The only way is to study the map, unravel the riddle and begin your adventure.

On the way, you must do all you can to learn about gold and master the ancient art of alchemy. Be creative and try to impress the island's team of ace alchemists! Will they praise your scientific expertise?

What if there were a video game version of Alchemy Island? Could you compose a stunning soundtrack to bring this mysterious landscape to life?

You've got your map, co-ordinates and everything else  you need to make your way across Alchemy Island. Don't forget to pack your imagination!

Got your suitcase ready? Then let the journey begin...

Today Google Expedition came into school to show of their new education application 'expedition.' By using virtual reality technology, the children were transported to various places around the world including underwater reefs, the Galápagos Islands and even some volcanoes. All of this through a simple free app from the App Store and the Play Store.

Off With Her Head

What sort of man would order the beheading of his wife?

Was she really that bad?

Travel back in time to the 1500's and meet the terrifying Tudors, a domineering dynasty that changed our history.

Discover an opulent court where dancing and singing goes hand in hand with swift falls from favour - and even swifter falling of heads!

Develop your portrait painting skills, solve riddles and remember to protect your precious neck with a large white ruff - If you want to survive at Tudor Court!

Flex your detective muscles and become a criminal investigator! Will you find out the facts, or will the evidence from the past bemuse you? How will you find the accused... innocent or guilty?

It's your turn to take part in one of the most famous trials the world has ever known.

This is "Stratford trip" by Richard Lee School Vimeo on Vimeo, the home for high quality videos and the people who love them.

The children all took part in a whole school assembly on Friday. They came dressed in spotty clothes to raise money for Children in Need.

They also thought about what it means to be a great friend. Each child wrote a special message of friendship on a piece of paper; these were then linked together to form a whole school paper chain.

Year 5 had some visitors into school today. They spent the afternoon learning all about light and sound waves. They discovered how the Navy use radar and sonar. The children had a fantastic time watching demonstrations of how light travels and how sound is made.

The whole school will be celebrating the Rio Olympics this week. They will be baking, competing in various Olympic games and sports, completing maths and English themed challenges and celebrating in style with a mini carnival. The week started off with the whole school beginning to learn a salsa dance. The children have already started their sponsored walk to raise money for a climbing wall and netball posts.

On the first day of the new term, the children in Year Five have been playing different maths games to help them with their learning and understanding whilst having a lot of fun and laughter. They played Countdown and Pointless, working in teams to try and get the best scores on the class.

Playing pointless to practice our maths skills.
Working really hard.
So proud of my maths.
What concentration!
Amazing maths!

During this learning project, the children in Year 5 will be learning all about the Ancient Egyptians.

On Monday February 29th the children in Year Five had a special visitor......

None other than Hacker the Dog from CBBC came in to talk about Shakespeare. The children had an amazing afternoon, filled with laughter and huge smiles. Two of the children interviewed Hacker whilst four others were lucky enough to go to the BBC studio in Coventry.

Here are the photos from the day with Hacker.

Camera! Action!
We didn't know what was going to happen.
There were two people with cameras.
But we still din't know what the surprise was!
Mrs Brammer began by asking us questions.
All very mysterious.
Then Hacker the Dag appeared!
He was brilliant!
They were filming for CBBC
The camera man took some great footage.
Super close ups!
The teachers enjoyed Hacker's visit too.
Hacker knew all about Shakespeare.
We all got signed photos of Hacker.
It was great to meet a real celebrity.
We had a super afternoon.
Two Year Fives interviewed Hacker for the radio.
Very professional.
Four children went to the BBC studio in Coventry.

The children in Year Five have been lucky enough to be able work with Mr. Giles from Caludon Castle School, programming using the 'Tynker' application. At the moment they are doing some projects that use their own creativity, designing characters and writing speech.

Working hard
Partner talk.
'Tynker' application.
Great fun learning.
I can do this!
What would happen if I did this?

Year Five spent the morning on Tuesday learning with students from Caludon Castle Sixth Form. They used 'Lego Wedo' - a basic introduction to computer programming. The children were given a choice of different models they could make and after building these, the children used 'LegoWedo' to code their creations.

Partner work.
Building the model.
model finished-now to code it in.
Coding.
Great model.
Putting the models into action.
Technical stuff!
Great fun working with my partner.
Just a little help needed.
So proud of our achievements.

During this learning project will be learning about gold and the ancient art of alchemy. They'll be studying maps, solving riddles, composing songs and lots more! 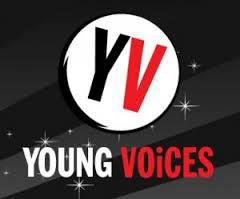 On 14th January year 5 took part in the Young Voices concert at the Genting Arena in Birmingham. It was a fun-filled day jam packed with once in a lifetime experiences: they sang alongside professional singers such as Laura Wright and Tom Billington, danced with the Urban Strides street dance crew and had a go at beatboxing with the 2015 World Champion Beatboxers - The Beatbox Collective!  Oh, and not to mention joining a further 5,900 children from across the Midlands to sing in a massive, roof raising, spine-tingling choir!

This year for the first time, Richard Lee were represented in the annual teacher choir, not by just one, but two teachers! Miss Hunter and Mr Ashbridge joined 16 other teachers from the Midlands to sing on stage with Laura Wright herself!  Mr Ashbridge even managed a cheeky selfie!

It was a brilliant day filled with smiles that we hope the children will remember forever.

Here are photos from the day at the arena, accompanied by a medley of  song snippets performed by the year 5 choir. Well done and thank you to all the children, staff and parents involved!

After Year Five had taken part in Young Voices in Birmingham, they decided to perform the songs again for their parents.

Year Five had a great time on World Book Day. Thing one and Thing Two taught the children for the day helped out by the Cat in the Hat. The children all looked great in their costumes and had gone to a huge effort.

Imaginative Learning Project: Off with Her Head!

During this project the children will be learning all about the Tudors.

The children celebrated National Poetry Day.
They wrote poems to make a Poet - tree!
They wrote some fantastic poems.

The children learnt how tow rite using an old fashioned quill and ink. It was really hard but great fun. It was tricky to make the writing really neat.

The children were given a quill pen challenge.
They had to write using an old fashioned quill.
They did some beautiful writing.

During this learning project the children will be learning about all kinds of history including Coventry then and now.  They will be reading 'The Invention of Hugo Carbret' by Brian Selznick alongside their project.

We made Tudor houses at the Coventry partnership centre

Off With Her Head!

We started our project by searching for the portal to Alchemy Island...